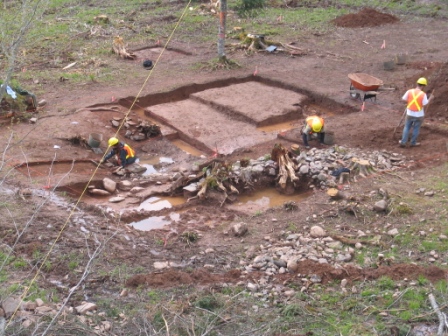 In 2008, Cultural Resource Management (CRM) Group was retained by Conestoga-Rovers & Associates, on behalf of Acadian Mining Corporation, to undertake excavation of the Hawthorne Farm Site. The historic site included a cellar depression, an encompassing area of artificially levelled ground representing a historic clearing or field and an associated road or driveway, located within the boundaries of the Scotia Mine property.

Until plans were made for the expansion of the South Stockpile in 2007, the Hawthorne Farm site was at the southeastern edge of the proposed stockpile footprint. Archaeological assessment conducted by CRM Group in 2006 included a program of reconnaissance and shovel testing at the Hawthorne Farm site. The goal of this program was to delineate the northern and western limits of the site’s zone of archaeological sensitivity and, thereby, enable site avoidance to be considered during the stockpile’s final design. 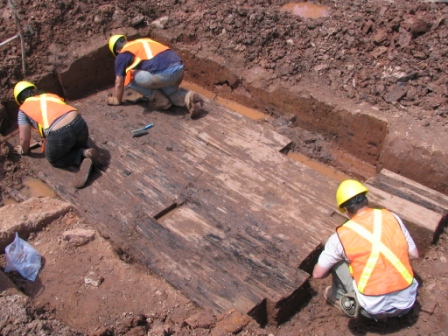 As a result of the proposed Scotia Mine expansion and revision to the design of the South Stockpile, the Hawthorne Farm site lay entirely within the stockpile impact area and required archaeological mitigation prior to disturbance. On the basis of the 2008 archaeological mitigation and historic research, it appears that the Hawthorne Farm site was occupied as early as 1835 and abandoned sometime before 1860s.