CRM Group is comprised of a core staff of dedicated professionals, who draw upon over 100 years of practical and academic archaeological experience to provide well-informed, cost-effective cultural resource management solutions for public and private sector clients throughout Atlantic Canada and Ontario. The CRM Group team also includes a wide range of project specific specialists, field archaeologists and technicians, who have a variety of experiences in different areas of archaeology.

As you will note from the following biosketches, CRM Group staff have developed specialized expertise in the areas of:

CRM Group also has a complement of regionally-based contract archaeologists, heritage planners and researchers, who augment the skills and expertise of our core staff. 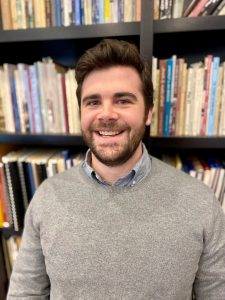 Kyle Cigolotti has a Bachelor of Arts in Anthropology from Saint Mary’s University in Halifax, Nova Scotia. He has worked as an archaeologist with Cultural Resource Management Group Ltd. since 2012 on both historic and Precontact sites as field supervisor, technician, and draftsperson. From monitoring to large scale mitigation, Kyle has been involved with consulting archaeology throughout the Maritimes within the transportation, hydroelectric, and mining industries, as well as residential and commercial development. Kyle is a Nova Scotia Heritage Research Permit holder as well as a member of the Canadian Archaeology Association and the Nova Scotia Archaeology Society, currently serving as a Director at Large. 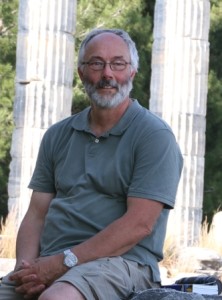 In offering his services as an archaeological consultant, Bruce combines his formal training in archaeology – a B.A. (Honours) from the University of Calgary and a M.A. from Wilfrid Laurier University – with over forty years of practical experience in cultural resource management and a strong personal commitment to the investigation, interpretation and preservation of cultural heritage. During his career, Bruce has held professional archaeological permits/licences and directed over 350 projects in Nova Scotia, New Brunswick, Newfoundland & Labrador, Prince Edward Island, Ontario and Manitoba.

At various times over the past three decades, Bruce has served as a director of the Canadian Association of Heritage Professionals and the Council for Northeastern Historical Archaeology, as well as President and Director of the Nova Scotia Archaeological Society. 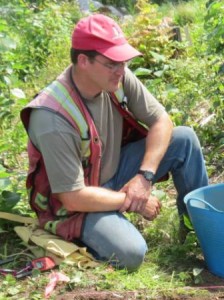 As Senior Archaeologist with CRM Group, Mike is continuously engaged in key aspects of the company’s archaeological research, fieldwork, analysis and reporting. He is actively building on a diverse professional background acquired through 26 years of fieldwork. Mike has an Honours Bachelor degree from Saint Mary’s University and has completed coursework for a Masters degree from the University of Maine. He has worked in partnership with W. Bruce Stewart since 1991 and has been affiliated with CRM Group since its inception in 1998. With CRM Group and during earlier employment with the University of Maine, the Province of New Brunswick and other consulting firms, he has investigated, mitigated and helped to promote Precontact archaeological resources of all ages and levels of complexity. Mike has experience working for the Nova Scotia Archives and Parks Canada (including archaeological projects within nine of the National Historic Sites in the Maritimes), he has also studied, assessed and cared for a full gambit of historic resources, ranging from seventeenth century French fortifications, to shipwrecks, to late nineteenth century cemeteries. Throughout his career, he has maintained an involvement with external research – generating his own and assisting with that of others. He served as a Director of the Nova Scotia Archaeology Society from 1988 to 2002 and as Vice President of the Archaeological Land Trust of Nova Scotia from 2005 to 2009. 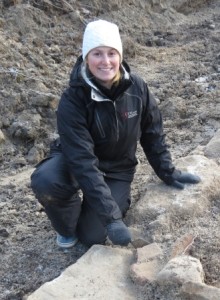 Kiersten Green graduated in 2008 with an Honours Bachelor of Arts in Anthropology and History from Wilfrid Laurier University. Since that time, Kiersten has worked in the field of cultural resource management. She is currently a member of the Nova Scotia Archaeology Society and the Heritage Trust of Nova Scotia and is a Nova Scotia Heritage Research Permit holder and an Ontario Archaeological Research License holder. As a Field Director with an Applied Research License in Ontario, Kiersten has supervised and worked on a number of archaeological excavations consisting of both historic and Precontact. Kiersten has eight years of experience working in consulting archaeology with the mining, green energy, transportation and hydroelectric industries, in addition to residential and commercial development. Further to her experience directing large-scale excavations with numerous crew members, Kiersten has experience with site interpretation, research and artifact analysis involved with report preparation for such projects. 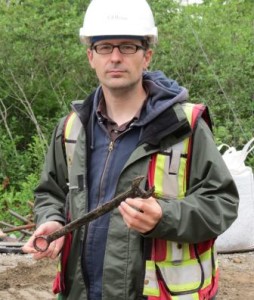 For more than a decade, Robert Shears has been engaged in research-based and cultural resource management archaeology in Atlantic Canada, in the academic, public and private sectors. Robert holds a Master’s Degree in Atlantic Canada Studies from Saint Mary’s University (SMU), a B.Sc. (Biology) and a BA (History/Anthropology) also from SMU. Robert has been a member of the team at Cultural Resource Management Group Ltd since May of 2011. Over that time he has acted as Researcher, Archaeological Technician, Field Director and Principal Investigator on a variety of reconnaissance, monitoring, testing and large-scale mitigation projects. Robert has worked on projects related to highway, waste water facility, and waterfront development, dam and spillway refurbishment and bridge and building construction. Robert has actively promoted and communicated archaeology in the region through involvement with the Canadian Archaeological Association and the Nova Scotia Archaeology Society, where he is a past-President (2007-2009). He served as a Director of the society from 2003 to 2016. Robert is also the 2010 Graduate Research Fellow with the Gorsebrook Research Institute. 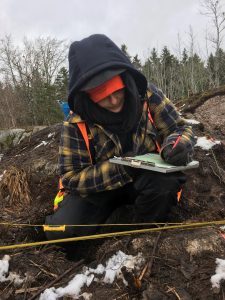 Sarah holds a Bachelor of Arts in Anthropology and Classics from SMU, as well as a Master’s Degree in Archaeology from Memorial University, where she specialized in historical archaeology.  She was also one of the founding executive members of the Newfoundland and Labrador Archaeology Society, and worked for the Heritage Foundation of Newfoundland and Labrador on several research projects surrounding intangible cultural heritage and community outreach for heritage protection. Sarah is a member of the Register of Professional Archaeologists, is a Nova Scotia Heritage Research Permit holder and holds an Ontario Applied Research License. Sarah is also a member of the Canadian Archaeological Association, the Nova Scotia Archaeology Society, and the Newfoundland and Labrador Archaeology Society. Sarah joined the CRM Group team in 2014 and in 2015 began supervising, gaining experience with large scale projects with numerous crew members in both residential and commercial development, including transportation and mining industries. Sarah is involved in projects in Nova Scotia, New Brunswick, Prince Edward Island, and Ontario. 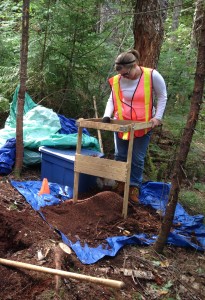 A graduate of the Office Administration program at Nova Scotia Community College, Shannon joined the CRM Group team as Office Manager in October 2012. Her responsibilities as Office Manager include many administrative aspects of the business including AP/AR, budget tracking, maintaining financial records, payroll, health and safety, and human resources. Using her administrative and organizational skills, Shannon helps keep the CRM Group team running smoothly on a daily basis.