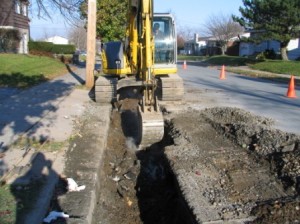 In 2005, Cultural Resource Management (CRM) Group was retained by Heritage Gas to provide archaeological construction monitoring and emergency response services during the excavation of gas pipeline trenches and commercial/residential services throughout the Halifax Regional Municipality.

As a result of archaeological monitoring, CRM Group archaeologists identified a number of early utilities and street surfaces, as well as the remains of a variety of buildings and associated structures which either predated the current street grid or were exposed during facility or services excavations. When features were identified, they were documented and photographed. Where artifacts were present, they were collected and retained for subsequent analysis. 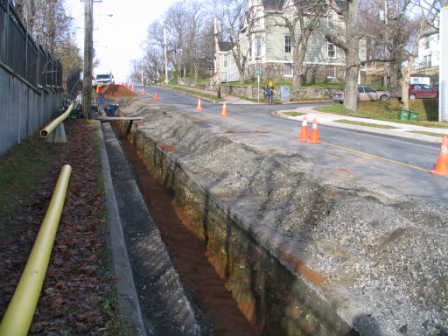